Last year, Travis Russell and Cameron Fuller installed a collaborative show at Good Citizen in St. Louis entitled “Saturday The Birds Fell From The Sky”. The installation mirrored its title, creating a whimsical, yet apocalyptic, static cinema for the viewer that can be described as a playful meditation on the ironies of our contemporary state of affairs. During the course of installing the show, Good Citizen director Andrew James felt like less of a director and more of a co-conspirator. “Carne Estrada” will pick up where “Saturday” left off.

Cameron Fuller was born and raised in Washington State. He studied printmaking at San Francisco State University, receiving his BA in 2005. In 2007, he completed his MFA at Washington University in St. Louis. Cameron is represented by Philip Slein Gallery in St Louis and Blackston Gallery in New York. His Installations have been shown at Good Citizen Gallery, Fort Gondo, White Flag Projects, Maps Contemporary Art Space, Gallery 210, and La Esquina. In addition to his personal work, Fuller has collaborated on installations with Sarah Paulsen at Laumeier Sculpture Park, Open Lot, The Foundry Arts Center and Saint Charles Community College. In 2010, he was a Great Rivers Biennial Grant recipient from the Contemporary Art Museum St. Louis. He has also received individual artist grants from the Santo Foundation and Criticalmass for the arts.

Travis Russell frequently utilizes material and subject matter from Midwest neighborhoods and landscapes, specifically his current residence of St. Louis and his hometown of Wichita. Russell received his BFA in printmaking from The University of Kansas in 2003 and was awarded a MFA from Washington University in St Louis in 2007. He has exhibited at Contemporary Art Museum St. Louis, Mildred Lane Kemper Art Museum, Good Citizen Gallery, Lexington Art League, Murray State University, Phillip Slein Gallery, DIY gallery in Los Angeles, and Louisiana State University School of Art. In 2012, Travis received a grant for the Critical Mass Creative Stimulus Project from the St. Louis Regional Arts Commission.

Andrew James has a love/hate relationship with repetition. He received his BFA in sculpture from University of Tennessee, Knoxville in 1998, an MA from University of Alabama, Tuscaloosa in 2000, and his MFA from University of California, Berkeley in 2003. He relocated to St. Louis in 2004 and in 2008 he opened Good Citizen Gallery and Billboard project, which has taken over his life. Previously he has shown his work at The Luminary Center for the Arts and The Foundry Arts Center in St. Louis, Applebee Gallery at MacMurray College and in group shows at The St. Louis Artist Guild, St. Charles Community College, The National Ornamental Metals Museum in Memphis, and The Berkeley Arts Museum. 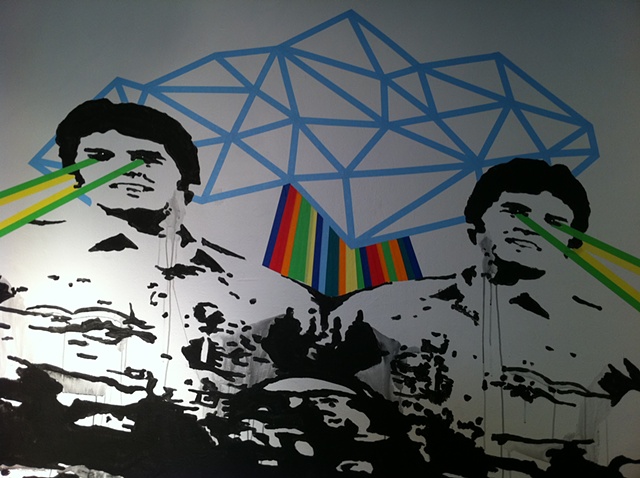