Carlos Gonzales will be presenting black and white horror collages, medium-sized full color drawings, and a few pieces of dried up, spray-painted costumes. He will also be screening a new home video, Heaven's Rope.

Ryan Martin will be exhibiting xerox-rendered collages, drawings, and with fliers from local, sub-underground shows.

After the opening reception, Lump will close for an hour and re-open at 11pm for two amazing performances by Russian Tsarlag and Secret Boyfriend to celebrate the release of their brand new split lp on Martin’s label, Hot Releases. A small donation will be requested at the door.

Carlos Gonzales is a performer/musician/comic artist/visual impresario/video maker currently based in Providence, RI. He performs regularly as Russian Tsarlag and has a prolific recorded output of cassettes and records on labels like Price Tapes, Not Not Fun, Personnel, Hot Releases, Ranky Tank, Hexagon, among many others.

Ryan Martin lives in Carrboro, performs and records regularly as the stylistically-mottled Secret Boyfriend, runs a label called Hot
Releases, and organizes some of the best, sub-underground shows in the area. 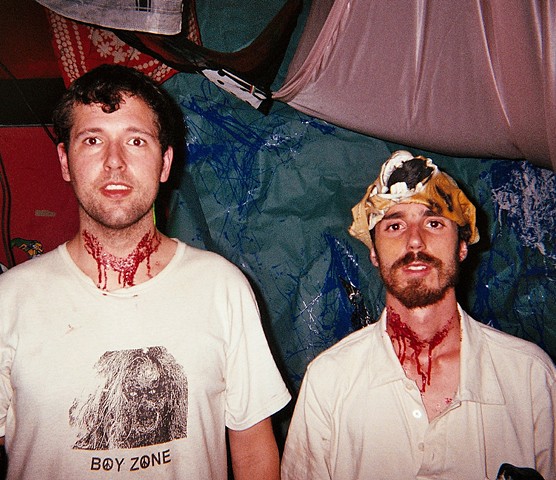